However Samsung NP700Z5C-S01UB ExpressCache will stay on Win 7 for now until I can figure out what is causing the extra slow boot time. Once I did roll back to Win 7 my very fast boot times came back. The only thing that I can guess being the culprit is that since my note book has 8gb ssd of express cache for speedy boot times I assume that maybe Windows 10 is not supporting it on my particular hardware set up. 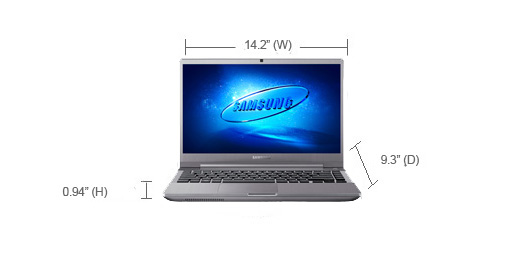 This is my first post to this forum, I am new to the community. Any help or advice would be deeply appreciated.

I'm not responsible if you delete your precious memories. Only you are responsible.

Here are the approximate steps I took to get everything working Samsung NP700Z5C-S01UB ExpressCache Boot off the Windows DVD or USB installation media Choose the "Repair" option, and the command prompt afterwards the way to get there is different between Windows 7 and 8 Type in diskpart to get into the partition tool Use the commands list disk and list part to determine which Samsung NP700Z5C-S01UB ExpressCache is what. The following instructions assume this Select the HDD: Use list vol to see all volumes and their letters Create a partition that fills the rest of the disk: Reboot and you should be good to go! So who is to blame for this foolishness - Samsung or Microsoft?

They are both to blame. Essentially, Windows 8 was designed to be used Samsung NP700Z5C-S01UB ExpressCache a touchscreen computer in many ways, yet didn't NEED one to have a touchscreen in order to still use Windows 8.

From there, I preferred an i7 processor, but didn't care as much about that as the touchscreen as the result of Windows 8 being the OS all new laptops are being phased into. In the end, the Sony sve14a27cxh straddled the fence the best without paying Apple prices. The one thing I wished was different, but didn't alter my decision, was the rpm HDD, which I wanted to be Samsung NP700Z5C-S01UB ExpressCache, but a rpm HDD is surprisingly hard to find without a special order, and anything not is a GB SSD these days, which are VERY pricey right now and much smaller in memory for now.

I customized my Sony through their website and got lucky with a promotional deal lasting through March 30th, to get screaming deals on the upgrades while also getting 5x the rewards points for every dollar spent thus getting equivalent points for 5 customized laptops for the price Samsung NP700Z5C-S01UB ExpressCache one. I ended-up upgrading the graphics card, adding an 8 GB hybrid drive to the 1 TB HDD, and increased the battery to the large lithium-ion battery mAh. Only time will tell, but I'm pretty happy about my decision to roll with the Sony.