Integrated graphics processors typically lack dedicated vertex processing hardware, instead preferring to offload those calculations onto the CPU. As a unified Abit IP35 Pro XE INTEL RAIDAHCI, the GMA X is capable of performing vertex processing operations in its shader units, but it doesn't do so with Intel's current video drivers. Intel has a driver in the works that implements hardware vertex processing which we saw in action at GDCbut it's not yet ready for public consumption. Intel could release a driver to enable DX10 support, but may never do so. Although this may sound like a brewing scandal at first blush, it's almost assuredly not. 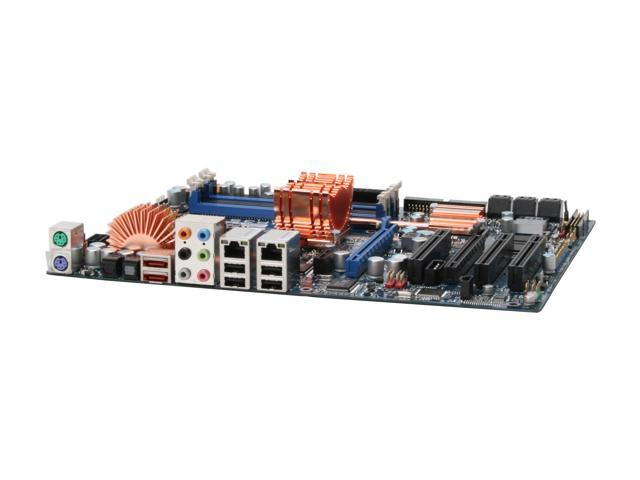 Intel hasn't sold the G as a DXready solution, and even if the IGP could replicate the behavior and produce the output required to meet the DX10 specification, it's probably not powerful enough to do so in real time. When addressing the DX10 question, Intel simply points out that this shader architecture is a good basis for future products with proper DX10 support.

Here's a quick look at how the GMA X compares with the current DX9-class competition, with some caveats to follow: The first caveat we should mention involves shader execution units, which we've not even included in the table above Abit IP35 Pro XE INTEL RAIDAHCI simple comparisons between the GMA X and the others are tricky. The eight shader execution units in the GMA X may sound like a lot, but those execution units are scalar—they can only operate on one pixel component at a time.

A typical pixel has four components red, green, blue, and alphaso the GMA Abit IP35 Pro XE INTEL RAIDAHCI can really only process two complete pixels per clock cycle. The GeForce has two traditional pixel shader processors, so it can handle just as many pixels per clock, and the Radeon X IGP in the AMD G has four pixel shader processors, for twice the per-clock capacity. These things get even more complex when you look under the covers, and a whole host of qualifications and mitigating circumstances become apparent. For instance, the GMA 's scalar architecture could allow it to allocate execution resources more efficiently than the two more traditional architectures, giving it a performance edge.

Also, according to an intriguing discussion here, Intel looks to be using the GMA X's execution units to handle triangle setup, a chore assigned to dedicated hardware in the other IGPs. Sharing can be good, but too much sharing can drift into pinko-commie excess. Sharing execution resources with both vertex shading and triangle setup could overtax the X's pixel shading capacity.

Then again, the chip does have more clock cycles to work with. We expect, though, that not all of the GMA X runs at MHz, as the strange numbers in the "pixels per clock" and "textures per clock" Abit IP35 Pro XE INTEL RAIDAHCI in the table above suggest. And I'm struggling big time here. But I had only been running my original 2 sticks at MHz, since that was all I needed with my 8. Now with with 4 sticks it seems the most I can accomplish is MHz.

I tried increasing the RAM voltage to Abit IP35 Pro XE INTEL RAIDAHCI. I tried increase the MCH to 1. I tried losening the timings to Tried setting the tRFC up to Lowered my FSB and increased the memory multiplier to 1. Is there anything else I can try to get my 4 sticks of MHz memory to at least work at MHz with this board? Glow9 I have a q and with the new bioses it works fine Nice, anyone running a Q?

Ace-a-Rue Powerfull Nice, anyone running a Q? I have a Q works fine with official bios Prospector I Abit IP35 Pro XE INTEL RAIDAHCI a Q works fine with official bios Specifications: CPU LGA socket for Intel processor of: Core 2 Extreme Edition / Core 2 Quad / Core 2 Duo, & Pentium Extreme Edition. Re: IP35 Pro & AHCI. The file he is refering is the 2k/XP SATA install files. Should still be able to get them from the abit website.