My previous HP Compaq notebook, the HP and I agreed that the notebook was a lemon, and within a week we had decided that my new p would be an appropriate replacement. My review unit though, was configured as follows: That implies it should have high quality construction and a flawless build.

As a result, the laptop feels very strong in most areas and there is no doubt as to the durability of such a notebook if one chooses to take it around. There is little to no flex in the base of the unit and I cannot twist it at all, and the screen does not flex nearly as much as I would have expected from such a large display. One of my complaints about my previous notebook the nc was that the screen was damaged several times as the LCD protection just was not as good as my initial impressions back then. Fortunately, the p screen housing is HP Compaq 8710p Notebook Bluetooth Mouse thicker compared to my old notebook and it seems HP has addressed my concerns.

Only time will tell if the strength of the housing will protect this LCD.

I would still caution users to not put this notebook in an overstuffed backpack. And make sure you get a protective case for it, just in case! I did not like that at all!

But the p does not have this issue either, so it does seem to me that HP is making some steps in the right direction regarding the revisions of their notebooks. However, the p does not go without flaws. The number pad of the keyboard has some flex to it, as underneath there is about mm of open space between the keyboard base and the optical HP Compaq 8710p Notebook Bluetooth Mouse underneath. Also, the top of the palm rests have just a little flex to it…but you do not notice it unless you push really hard on the case.

Also, the notebook shipped with the screen just ever so slightly mis-aligned with the notebook chassis. This meant that I could not easily open and shut the notebook, and it was a pain to get the latches to clasp together correctly.

Upon examining it, the screen was positioned wrong on the notebook by about 1mm. After opening up the case myself I was able to fix the issue and tighten up the hinges too. Post hot-fix, the screen definitely does not wobble much at all.

This is how a high quality business notebook should be, and the hinges on an p should be very strong if aligned correctly and will satisfy any user. I might contact HP for a replacement drive soon, it is that annoying.

In defense of HP however, I have seen this problem on quite a few notebooks and it should be fixable provided you get a replacement DVD drive. That is just a HP Compaq 8710p Notebook Bluetooth Mouse term for hard disk shock protection. But that protection does work well, and during my testing of the notebook that protection always kicked in when I started swinging my laptop around. It even triggers when I walk with the notebook, which is a definite plus as I will not have to worry about shutting it down if I have to quickly move. After using the notebook for almost a month now, there is one thing I felt obligated to add into my review…how does this notebook feel compared to my previous For starters, I do feel the additional weight compared to my previous notebook when it is in my backpack.

The p is about 1. Even so, I can still carry around two binders and a book maybe even two in the backpack before it gets too heavy.

Without any books, I can carry as many binders as my backpack can hold. Yes, the backpack is bulky and heavy…but it is not impossible to carry all that around. 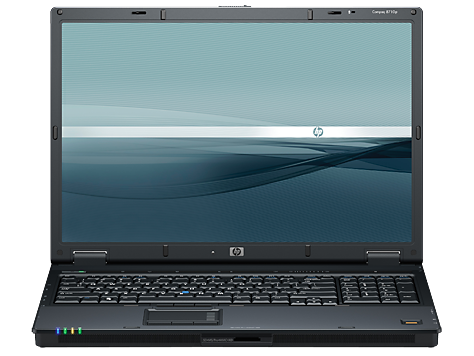 I do not enjoy carrying around this beast under those circumstances, but when I have to it is possible to do. If placed alone in a backpack or messenger bag the laptop is perfectly fine though.

Additionally, the size of the laptop is a little well…prohibitive. I find it difficult to use on student desks when on campus, but it is perfectly fine when you get to use a larger desk or a table.