Key features of the Grasshopper camera include a frame buffer for image storage and retransmission, Point Grey Grasshopper Express Camera bit analog-to-digital converter for Point Grey Grasshopper Express Camera precision, memory channels for defining custom power-up settings, gamma and programmable LUT, and a data flash for non-volatile memory storage. Other standard features include multiple trigger and strobe modes, regions of interest and pixel binning, and in-field-updatable FPGA that controls all camera functions. The following models are available now from Point Grey Research and its network of distributors: Point Grey Research is a worldwide leader in the development of advanced digital camera technology products.

Will have to see whats possible when jupiter comes back into the sky Even then, you may need more speed on the camera than 30fps. At the speeds you're imaging at, I don't think there'll be a problem. I have done some planetary imaging with a ToUcam but it was a while ago. But I don't think I imaged at much faster than 10 or 15fps. The mm refractor won't have the light grasp of a C11 but it may work well in less than perfect seeing - not sure. Visually the advantage of a refractor is higher contrast and ability Point Grey Grasshopper Express Camera cut through poorer seeing. 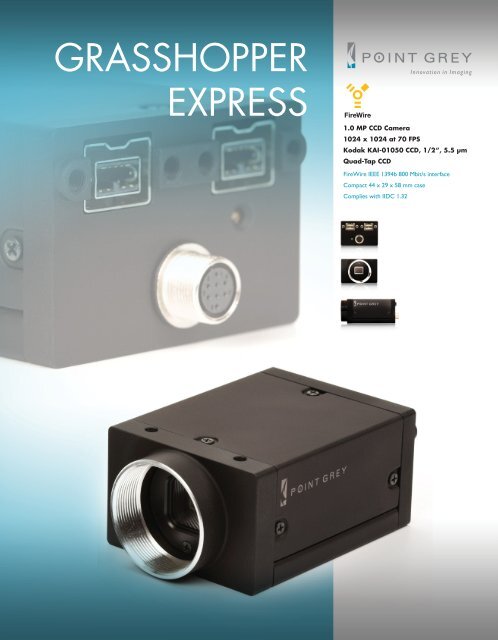 Point Grey Grasshopper Express Camera planetary imaging may require aperture more than anything. The best visual image I have seen of Saturn was through my C I got some super seeing once early in the morning at my dark site when Jupiter was rising again Aug? Looking through a Tak FS and a TMB planetary eyepiece it was very steady and sharp although image scale was a bit small. It may be the formula is lowest read noise, greatest sensitivity, fastest download time firewire or USB2. Then add good capture software.

Paul Haese and Damien Peach are using C14's. Paul's is cooled with 3 peltier coolers. RCOS scopes all have fans to get rid of the thermal boundary layer that sits on top of the mirror and affects performance with as little as 1C temperature difference between the mirror and the air.

Mirrors are usually pretty thick so temperature differences are almost always bound to be there to some degree. Seems like these chips are good: So if you have a large aperture scope you'd probably go for the one with the fastest frame rate all things being equal.

Larger pixels usually means lower noise and higher sensitivity. Not sure if the extra megapixels affects the image that greatly as they are usually pretty small images. What do you think? As far as firewire vs USB goes, Point Grey Grasshopper Express Camera is nearly twice as fast but you may not have a firewire connection on your computer.

I'm lucky with my Mac, as they come with firewire sockets. Some of the dearer pc's will have firewire, but you may have to get a card and plug it into your pc.

Here's an article from Sky and Telescope http: Id be inclined to go with the ICX The KAI is insane You'd have to dial it down considerably on a smaller scope. Mind you, your images would be guaranteed to be rock steady even under poor seeing conditions.

But what would be the point in stacking 44 million images gathered by a or mm scope just to be able to see the pic!!!. That's why you need the lightbucket.

The x pic size will give you a good image with the ICX Look at Mikes Point Grey Grasshopper Express Camera However, although his camera does 60fps, he probably only images at fps on good nights with bright targets. Dimmer targets would necessitate slower frame rates in order to image the target. 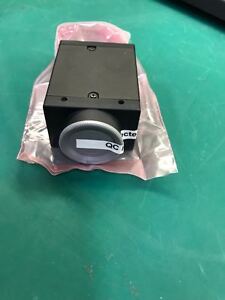